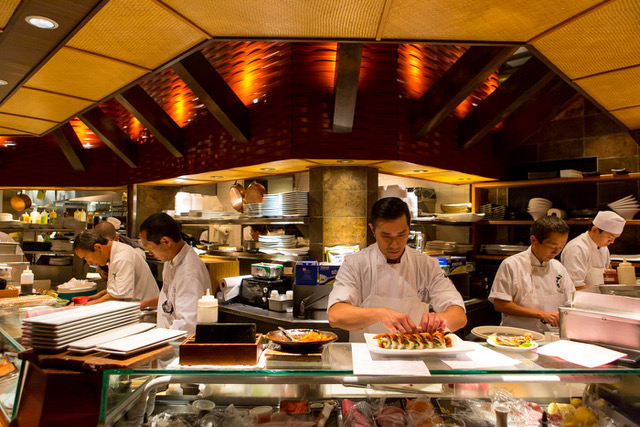 Posted at 20:17h in Business, Food by Ellen
2 Likes
Share

Since 1984, brothers Toshi and Yasu Kizaki have served as Denver’s ambassadors to Japanese cuisine.

Thirty-five years ago, on Christmas Eve, Toshi and Yasu opened Sushi Den decades before sushi became the go-to meal for many American diners. The restaurant quickly became the culinary mecca for Japanese dining in the Rocky Mountains.

Their success comes from the transcontinental network of seafood suppliers they built, where the fish is shipped daily from Nagahama Fish Market on Kyushu Island, to Denver within 24 hours. But, also from their knowledge and passion for Japanese traditions and culinary expertise. The brothers have created (and still teach) an employee education program that is on par with leading culinary schools.

Toshi and Yasu also enjoy producing special events honoring their Japanese culture in Denver while quietly giving back.  Their annual Den Corner Summer Rooftop Party has raised over $220,000.00 for humanitarian relief agencies over the past four years, including Denver’s We Don’t Waste.

Toshi and Yasu will be the featured chefs during the gala reception of the James Beard “Taste America Tour”, when it stops in Denver, May 15, 2020.